Xi’an, as an ancient capital for 13 dynasties, is your gateway to ancient Chinese civilization. In its 3,100 recorded years of evolution, it has been home to 13 dynasties, including the Zhou, Qin, Han, the Sui, and Tang dynasties, periodically from the 11th century B.C. to the early 10th century AD. As one of the most important cradles of Chinese civilization, it marked the start of the famous “Silk Road” that linked China with central Asia and the Roman Empire.

Xi’an, or Changan as it was called in ancient times, is known as the city of “Everlasting Peace.” Located between rivers and mountains in the center of the fertile Guanzhong Plain in Shaanxi Province, Xi’an – the provincial capital – was a natural place to nurture the nation civilization.

Touring in Xi’an, you can breathe the historical air from all the must-see spots. major attractions in Xi’an include the Qin Terracotta Army – “the 8th wonder of the world”, the Big Wild Goose Pagoda – the most outstanding landmark of Xi’an, Banpo Neolithic Village Museum – the remains of a 6,000 year-old village once home to a matriarchal clan community, and the Xi’an City Wall which stretches round the old city.

Today Xi’an is a vibrant, modern city, but surrounded by history, even underfoot! So there can be no underground railways due to the obligation to preserve the wealth of ancient treasure still awaiting discovery.

Location: located in the southern part of the Guanzhong Plain

Population: The population of Xian is 7.16 million. Half of the people live on the outskirt of the city.

Administrative Division: Xian is officially divided into 9 districts which occupied nearly 3600 square kilometers, and 4 counties that including many famous scenic spots.

Geography: Xian is at 33 degrees 39 N and 107 degrees 40 E, is the capital of Shaanxi province, in the southern part of the Guanzhong Plain. As the transport and communication center in northwest China, Xian has played the role in linking the east and the west, and the south and the north of the country. With the Qinling Mountains to the south and the Weihe River to the north, it is in a favorable geographical location surrounded by water and hills.

Spring (March to May): The temperature rise quickly, but the temperature is not stable and often appear “after suddenly getting warmer, the weather has turned cold again”. The average temperature of March in Xian is 7.9 ℃, 14.1 ℃ in April, and which may rise to 19.4 ℃ in May. The rainfall in spring accounted for about a quarter of the annual rainfall, average rainfall days are 7 to 9 days. Spring temperature is pleasant and beautiful, and is a good time for outdoor activities and tourism.

Autumn (September to October): In September, due to the effect of the Pacific subtropical high, Xi’an precipitation, sounds very much the weather there, monthly average rainfall of 99.5 mm, accounted for 19% of annual rainfall, for many years the average rain day for 12 days.Autumn changes in temperature is appropriate, cooling speed, and average temperature 19.6 ℃, 13.8 ℃ and 13.8 ℃.The average wind speed 1.5 m/s, is the season of the year minimum wind speed.

Winter (November to next February): Less rain and snow in winter, and it is cold with average temperature in January dropped to -0.5 ℃, influenced by strong winter cold wave, extreme minimum temperature can drop to below 10 ℃.Precipitation rainfall, dry climate, 3 months just 24 mm, only 4% of annual precipitation.

Spring (March to May): temperature is moderate, but it is a little cool with rains. A thin coat is enough.

Summer (June -August): temperature in summer is usually above 30 degrees, with strong sunshine. Sun protection is necessary, such sunglasses, hats, umbrellas, etc. T-shirts with skirts, shorts or slacks are the best choice for summer when the temperature can be rather high. Summer is the rainy season, especially in May and June.

Autumn (September to October): autumn is windy and cool. Temperature difference is a little large. So a thick coat is necessary.

Winter (November to February): the lowest temperature in winter can be between 5-20 degrees. Winter is cold and moist, especially in January, but can still be very pleasant when the sun is out. So coats are a must. Girls should put long boots on.

Xian is situated in a warm temperate zone, and has a continental monsoon climate with four distinct seasons; Xian is hot and wet in summer, dry and seldom snowy in winter. and is prone to extended spells of rain in spring and autumn.

The rainy season is from July to September, though there is significant rain from April through to October, with light, scattered showers. The weather is generally pleasant all year round, but spring and autumn are the best seasons to visit Xi’an.

Spring is from March till May. There are occasional dust storms due to the rapid increase of temperatures. A quarter of the area’s annual rainfall occurs in spring, however with the pleasant temperature, gentle breezes and warm sunshine it is a good time of year for travelling and outdoor activities.

Summer in Xian, from June to August, becomes hot and humid, with high average temperature being 32C and the maximum temperature often above 40C. The oppressive heat can be difficult to bear, though this is tempered by the fact that it is also the rainy season. Half of Xian’s annual rainfall occurs during the Summer.

Early Autumn is cool and can be overcast, with a fair amount of rain, late autumn is usually fine.

Winter, from December to February, is dry and cold with a little snow. The coldest month is January, with an average temperature of 0 C.

In conclusion, Spring and Autumn are the best seasons to visit Xian.

What to wear
March is the beginning of the city’s peak travel season.

There is rarely snow in March and the weather warms quickly with an average temperature of 14ºC. A sweater and a light coat are generally enough, though there may be hot days when you only need summer clothes such as a T-shirt. Flowers begin to bloom at the end of March.

April weather is generally warm and occasionally very warm. A shirt with a light coat is enough for the beginning of the month, but as it grows very warm at the end of April you may be able to dispense with the jacket. April is the best month to see flowers in Xi’an

May: It is hot. Summer clothes are recommended with an extra layer for evenings.

Xian, used to be Changan, is one of the birthplaces of the Chinese nation and eastern civilization. Xian has a history of over 6000 years and had been the capital of countries for 1200 years. There have been 13 dynasties set Xian as their capitals. Since the Western Han Dynasty, Xi’an has become the key city of economic and cultural exchanges and friendly relationships between China and other countries. It was the starting point of the Silk Road since Western Han Dynasty. “Changan culture” represents the backbone of Chinese culture. Xian was once China’s political, economic and cultural center and one of the earliest cities opening to the outside world. One of “Eight Wonders of the World”- Terracotta Warriors shows the city’s profound history and culture. With historical and cultural heritage, Xi’an enjoys reputation as the “Natural History Museum”. The variety of cultural relics, the large amount, the value, are ranks No. 1 in the world.

Qin Dynasty
Qin’s capital was Xianyang. Epang Palace’s most part is in today’s Xian city. Terracotta Warriors and Mausoleum of Qin Shi Huang is also in the territory of Xian City.

Han Dynasty
During Western Han and Eastern Han Dynasties, Dong Zhuo and Li Jue dictatorship all set Chang’an as the capital. Han Dynasty’s Changan City was established on the basis of the ruins of the Qin Xianyang City.

Tang Dynasty and Ming Dynasty
Changan was also the capital of Tang Dynasty. The imperial city was completely at the some place of Xian City. Tang Dynasty’s imperial tomb, such as Zhao Mausoleum, Qian Mausoleum, etc. are mostly in today’s Xianyang City. In 1369, Fengyuanlu was changed to Xian Government Office. Xian has been in use ever since.

The Republic of China
After the Revolution of 1911 broke out, the capital city of Xi’an was one of the earliest city responded. On December 12, 1936, “Xi’an Incident” shocked the world.

The People’s Republic of China
Xian and Xianyang are the same city from 1966 to 1971, and in 1971 designated as two cities. Xian was the provincial capital.

Changan was the capital of the following dynasties in 1200 years

Xi'an Tours & Tings to Do 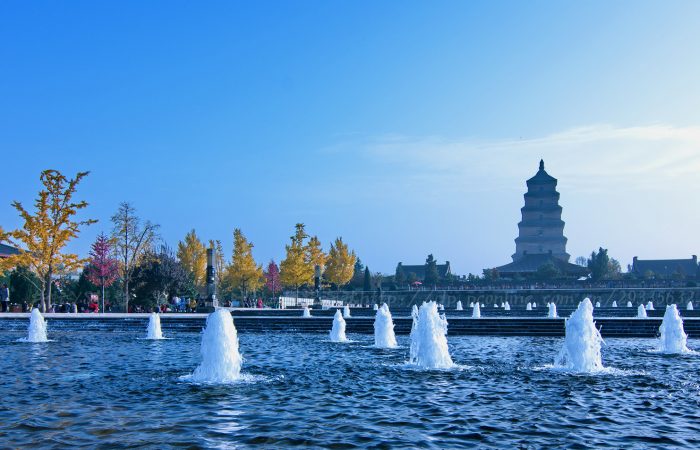 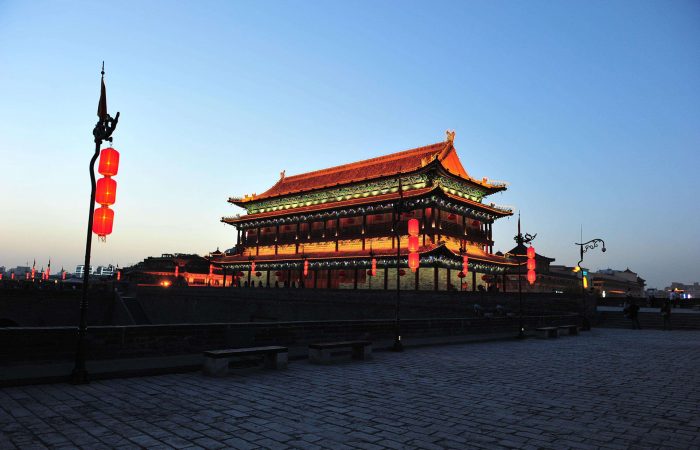 One Day Xi’an Tour to Terracotta Warriors and City Discovery